Gravity is not your friend when it comes to leaking water.

“Water always seeks the lowest point in nature and in structures,” notes Chris Kemple, operations engineering manager for AFM, a member of the FM Global Group specializing in middle-market clients around the world.

While non-weather related water damage is not the leader in the total value of insured losses—fire still has a firm grip on that title—it does account for a full 42% of all losses by number and averages about $75,000 per incident, according to Kemple.

In December of last year, the RAYCHEM TraceTek water leak detection system, from nVent Electric plc’s Thermal Management business unit based in Redwood City, California, USA, became the first such system to earn the FM APPROVED mark under the expanded FM 7745. The TraceTek water leak detection system, which has been on the market worldwide for more than 30 years, provides fast, accurate detection of water leaks in commercial, residential and industrial facilities that can help prevent leak damage, reduce business interruption, and minimize restoration costs.

In February 2020, the Trident™ Wireless Water Leak Detection system, from The Detection Group® of Sunnyvale, California, USA, became the first wireless system to earn the FM APPROVED mark under the revised standard. The Trident wireless water leak detection system has been on the market in North America for more than 10 years and currently protects more than 50 million ft2 (4.6 million m2) of Class-A commercial office space, medical, hospitality and corporate real estate.

Water leaks can be particularly costly for any structure with a finished interior, including high rise condominiums, apartments, office buildings, hotels, hospitals, and dormitories. Other facilities at risk for water damage include businesses or facilities with very high value mechanical and electrical equipment, as well as historically significant artifacts and documents, including hospitals and research facilities, museums, power generating stations, data centers, telecom centers, and manufacturing sites.

Water leak detection systems, including probes, sensing cables and other devices can provide quick and accurate detection and notification in event of a leak. These detectors are typically linked to a control panel that can provide various levels of automated alerts and other actions, including the activation of shutoff valves to limit damage.

The TraceTek water leak detection system is installed in a modular, networked configuration consisting of point detectors, cable detectors, monitors and a graphical user interface. When the system detects water anywhere along the network, it typically alerts a central building management system and can send email and/or text messages to a building manager or other personnel.

According to nVent global product manager Johnny Lam, “We were pleasantly surprised to find out that FM Approvals had added water leak detection to its standard. We were the first to earn the FM diamond for our hydrocarbon leak detection system under FM 7745. That certification helped us win a lot of business—we were able to help customers reduce risk and insurance premiums in a lot of cases.”

nVent marketing manager Bob Silva notes, “We learned that there was a real push from the FM Global client base for FM Approved water leak detection systems. Water damage is a very common and costly problem they were dealing with.”

“We refer to our system as a ‘smoke detector’ for water,” notes The Detection Group president and CEO Laurie Conner. “Every facility should have a water leak detection system. It’s a universal problem that almost every property manager or building owner has experienced. The availability of wireless sensors and cloud-based technology makes it easy and cost-effective to protect almost any building. Especially in these times of idle buildings during the pandemic, it is even more important to monitor buildings against water leaks because there are fewer people in the building to catch a leak.”

She continues, “We recently installed one of our systems in an office building in San Francisco. About three weeks after the installation, the building engineer called our office to tell us that he received an alert at 5:30 on a Friday afternoon. A toilet was overflowing in a 17th floor restroom, which was not equipped with a floor drain. The engineer believed the water would have been down to the lobby by the time anyone discovered the overflow. By preventing one disaster, the system paid for itself many times over.”

The wireless Trident water leak detection system is ideal for retrofit situations because it does not require external power. The modular components—including point sensors, communications hubs, base stations, sensing cable, and automatic shut-off valves—can be placed in any part of a building or facility. The system uses radio frequency (RF) signals to communicate among components and a single network connection links the base station to the internet cloud for text, email and phone alerts.

“We believe wireless leak detection opens up the application within a building so that additional areas can be covered, such as restrooms, main switchgear rooms, office kitchen areas, and so on,” Conner says. “I have been familiar with FM Approvals for many years. The FM diamond is the gold standard of industrial certifications. The testing is quite rigorous—we were the first wireless system to go through this evaluation so there was a lot of back and forth between our engineers and those at FM Approvals.”

Approval Standard 7745 was updated recently to better accommodate wireless leak detection systems for water and hydrocarbons. For instance, batteries must have a minimum life of one year and must produce a low-battery indication or alert. The system must be able to operate under low battery for at least 7 days. “This is one of the first FM Approvals involving IoT (Internet of Things) technology” notes Ed Laliberte, senior engineer for FM Approvals.

Both the nVent TraceTek and The Detection Group’s Trident systems are intelligent water leak detection systems that can be linked to an overall building management systems monitoring an entire facility. When coupled with automatic shutoff valves, these systems can automatically prevent major damage from leaks.

“Although fire is the number one driver of losses for most occupancies, water damage from leaks is actually the leading driver in two major markets: universities and healthcare,” says AFM senior vice president and division manager Gerry Alonso. “We can now recommend water leak detection systems to our clients with confidence knowing that we have FM Approved systems in our suite of options.” 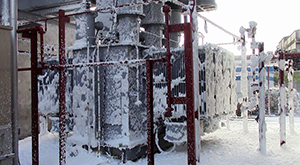 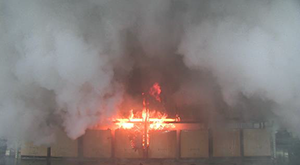 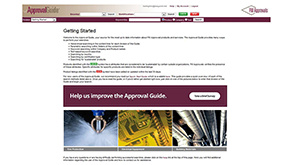 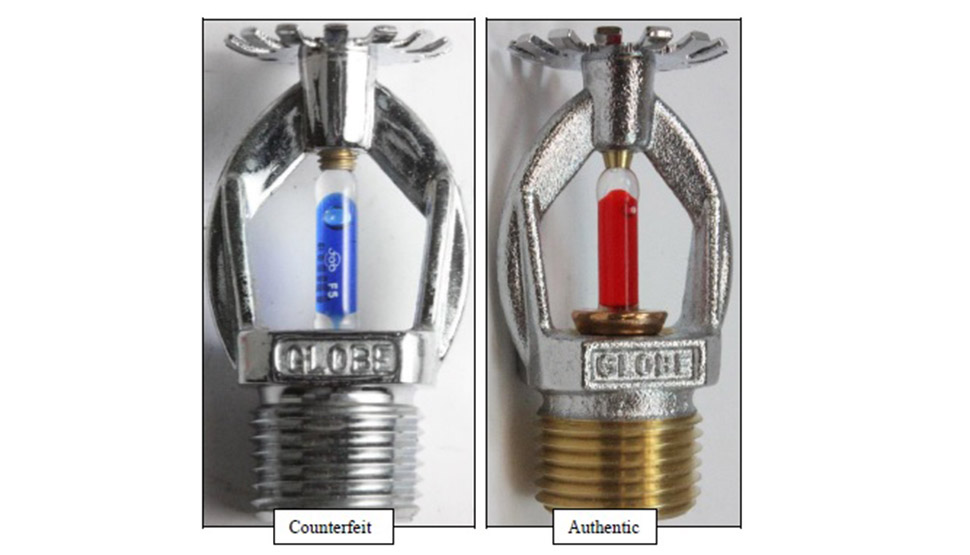